You have unread news items (8)

We use cookies to provide you with a better service. Carry on browsing if you're happy with this, or find out how to manage cookies. 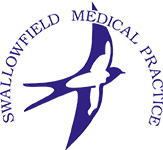 We are currently CLOSED.

Digital Practice is a service that has been designed to make it easy for patients of this Practice to:

By using Digital Practice you will be able to:

Make online requests to your GP Practice such as:

Submit self-monitoring health reviews
(if requested by the doctor or nurse):

Find the forms that you need:

Give feedback to the Practice:

Get advice on common conditions:

How do I make a request to my Practice?

How do I receive the responses from the Practice?

On some services, such as Ask the Practice a question and Ask the Doctor a question once the Practice has processed your request they will send you a response.  This response will be sent to the email address that you have given in the form.

For security purposes the email will ask that you verify your identification. Once you have completed this the message from the surgery will be shown for you to read.

Security of your information

This service always uses fully encrypted connections, the same security as used in internet banking. If you look at the right of the address bar, you will see a small padlock icon. This indicates that you are using a secure link and that your data is encrypted.

As an additional measure your information is held encrypted until the practice need to view it. It is then sent to the practice still encrypted and only converted to readable text at the practice.

We track how you use our Digital Practice but we don’t collect or store your personal information (e.g. your name or address) while you’re browsing. This means that you can’t be personally identified.We use Google Analytics software to track:

We haven’t give Google permission to share this data with anyone else.

How is the Digital Practice updated?

We are continuously working on this site to make sure that the information is accurate and up to date. The digital practice is also continuously updated based on the results of user testing, feedback from members of the public and from your practice and other practices who are using this system.

Suggestions for improvement of the Digital Practice

We are always looking for ways to improve this service and would welcome your suggestions. Please send your comments to suggestions@siliconpractice.co.uk

Digital Practice links to external organisations when that service is essential for helping a patient complete a task or when helping patients find a service.

Parkinson's disease is a condition in which parts of the brain become progressively damaged over many years.

The 3 main symptoms of Parkinson's disease are:

A person with Parkinson's disease can also experience a wide range of other physical and psychological symptoms.

See a GP if you're concerned that you may have symptoms of Parkinson's disease.

They'll ask about the problems you're experiencing and may refer you to a specialist for further tests.

Parkinson's disease is caused by a loss of nerve cells in part of the brain called the substantia nigra. This leads to a reduction in a chemical called dopamine in the brain.

Dopamine plays a vital role in regulating the movement of the body. A reduction in dopamine is responsible for many of the symptoms of Parkinson's disease.

Exactly what causes the loss of nerve cells is unclear. Most experts think that a combination of genetic and environmental factors is responsible.

It's thought around 1 in 500 people are affected by Parkinson's disease.

Men are slightly more likely to get Parkinson's disease than women.

Although there's currently no cure for Parkinson's disease, treatments are available to help reduce the main symptoms and maintain quality of life for as long as possible.

You may not need any treatment during the early stages of Parkinson's disease, as symptoms are usually mild.

But you may need regular appointments with your specialist so your condition can be monitored.

As the condition progresses, the symptoms of Parkinson's disease can get worse and it can become increasingly difficult to carry out everyday activities without help.

Many people respond well to treatment and only experience mild to moderate disability, whereas the minority may not respond as well and can, in time, become more severely disabled.

Parkinson's disease does not directly cause people to die, but the condition can place great strain on the body, and can make some people more vulnerable to serious and life-threatening infections.

But with advances in treatment, most people with Parkinson's disease now have a normal or near-normal life expectancy.

Find out more about living with Parkinson's disease

It may also be useful to read information and advice on:

Parkinson's UK is the main Parkinson's support and research charity in the UK.

They can help if you're living with the disease and let you know about support groups in your local area.

The Parkinson's UK website features news, publications, research updates and an online community where you can share your experiences.